Law Degrees and Their Meanings

The undergraduate degree in law is Bachelor of Laws (LLB). In Nigeria and the US, you need a law degree (LLB in Nigeria; JD or LLB in the US) before you can become a lawyer. LLB is spelt LLB or LL.B., never L.L.B.

But many lawyers do not understand how come or why this strange abbreviation. Well, it comes from Latin. The Latin word lex means law. The plural of lex is legum. In Latin, you abbreviate a plural noun by doubling the first letter of the noun. An example is cc for copies, and pp for pages; hence LL for laws. LLB stands for Legum Baccalaureus, Latin for Bachelor of Laws. Your degree is Bachelor of Laws, not Bachelor in Law, and not Bachelor of Law.

The discipline, law, is already expressed inside these degree titles. So you cannot have “LLB in Law”, or “LLM in Law”, or “LLD in Law”- just LLB, LLM, or LLD. Please review your CVs.

JD (Juris Doctor) is the American equivalent of an LLB. An SJD (Doctor of Juridical Science, Doctor of the Science of Law, or Scientiae Juridicae Doctor) is a research doctorate in law. It originated from the US and is offered in that country as well as in Canada. 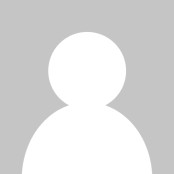